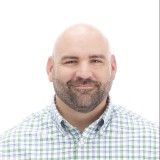 Caliber Safety works with leaders to build businesses that protect people from getting hurt at work. Michael shares his thoughts on safety, human performance, work culture and business, with the goal of helping others be more mindful and effective in their approach to safety management. 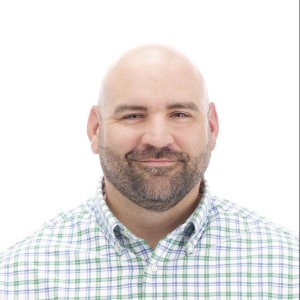 Caliber Safety works with leaders to build businesses that protect people from getting hurt at work. Michael shares his thoughts on safety, human performance, work culture and business, with the goal of helping others be more mindful and effective in their approach to safety management.

In safety, when does blaming employees ever work?

Last week, I commented on a LinkedIn post that showed a subway train operator texting on her phone moments before rear-ending a stopped passenger train. In response to this video, a great number of the comments in comment thread blamed the operator for being distracted and calling for her to be terminated and/or jailed. I saw things differently and still do. I acknowledged the emotional reaction but posed the question: “How does blaming this worker address the issue?”

My question drew predictable criticism by a host of safety “professionals” who called for, recommended and demanded that this worker be punished for her ignorance, carelessness, and reckless lack of attention. In my mind, I hear people saying:  “Didn’t she know she wasn’t supposed to be on her phone? Hasn’t she ever heard of the dangers of distracted driving? She should have known better! Didn’t she know we have a strict no cellphone policy! She has to be punished. Management has to send a message so this never happens again! It’s our job as managers!”

Our need to punish someone who, in hindsight, made a mistake to “send a message” to other employees, so they won’t come to work and make the same mistake, the original employee didn’t mean to make in the first place, makes no sense! Let me be clear, this mentality is illogical, unproductive, and will actually make you less safe, and less capable of preventing similar type events.

Everyone makes mistakes. Everyone!

If everyone makes mistakes and human error is normal, then who do we blame when a system is designed that demands perfection from an imperfect operator and your design process fails because of an operator error or mistake. Failure is the product of the system design and not of the human operator. I bet you this isn’t the first time someone was scanning Facebook while operating a subway train. Aren’t there proximity systems to detect and slow down a train if it gets too close?

How is a distracted driver any different than an incapacitated driver? In this instance, there were no controls in place to stop the train in question had the driver suffered a heart attack or stroke, as opposed to getting lost in her thoughts while trying to get a top score on Candy Crush! There are a lot of system fixes that make the system more resilient to error, however, focusing on the worker isn’t one of them.

We can accept the reality that is the human condition, shift our focus to learning and improving our system, or we can bury our heads in the sand, punish people when they screw up, and hope and pray it doesn’t happen again. For me, I like getting the idea of getting better.

Michael Fackler, MBA, CSP, ARM is the owner of Caliber Safety, LLC, a Management Consulting firm specializing workplace safety and health. Caliber Safety works with business leaders to uncover and understand the systemic, procedural, and cultural drivers of operational and safety performance, and transform these insights into actionable strategies that optimize and align organizational systems and processes – ultimately building a workplace culture that values safety and provides positive results to the organization’s bottom line

Don’t Tell Me “Safety First”…..Show Me

It makes me cringe when someone says, “Safety First.”  Even more cringy are “Safety First” slogans, banner, and stickers. The reason I

Can a Safety Leader be a Business Leader?

How Did We Get Here? As a safety consultant, I talk to a lot of frustrated safety professionals. What I hear are

Is how you measure “safety”, making you less safe?

With Safety; measure what matters, not what is easy!   Organizations should stop using lagging indicators to measure how “safe” they are. It